There are many reasons why this article may have been the President’s Choice.

The introduction to the article consistently uses an advertisememt for and by RoundUp which has been prosecuted extensively in the US courts. How important is the EPA patent control of ‘rozol’ –  the rat poison first tested in Zaire and Sudan coinciding with the first known outbreaks of ebola? The recent death of the CDC expert on ebola/zika doctor Cunningham found dead in the Chatahoochee river.

Judicial Watch has provided updates on the huge million dollar settlements being issued by courts hearing the cases. At present there are still reportedly more than 10,000 cases awaiting trial.

“According to OFAC, the WAAD Project was created following the implementation of a similar designation against another Hezbollah run construction company, Jihad al-Bina, in 2007. Since Jihad al-Bina’s designation in that year, it has become difficult for it to receive funds from its donors.

It is alleged that the WAAD Project has participated in such construction projects for Hezbollah as rebuilding its command headquarters in Beirut’s suburbs and Hezbollah’s underground weapons storage facilities.

If OFAC’s allegations are correct and the WAAD Project was set up as an alternative stream to garner incoming donations, then it seems that Treasury is involved in a perpetual game of cat and mouse with Hezbollah in its attempts to enforce these sanctions. This is to say that, OFAC designates one entity controlled by Hezbollah, only to have another one with a similar function arise.”

It seems to this author that the wiser course of action would be to expend U.S. resources tracking down the real cause of the problem: the donors. Money laundering, not unlike people trafficking, organ and blood trafficking, drug and people smuggling require sometimes complex and secretive networks.

The global #bluewave scheme involved a campaign to #lightupblue. The show of global solidarity for HRC included use of landmark buildings on EVERY continent when Hillary won. The Eiffel tower, Ferris wheel of London and so on.

They never thought she would lose.

The plan continues even when the players change, repackaged using the media’s cover page names & faces. The advocates and spokespeople for any and every cause. Pick and pull for the next generation of manufactured headliners. As long as these people make money, gain fame and are catapulted into the in-crowd how and why they are selected is little more than a passtime for the kingmakers. We see them beginning to get their day in court: Bronfmann, Epstein, Weiner, Podesta, Chandler, Weinstein with so many ‘headliners’ the alternative media is thriving. Lurking and ever-present, the machine keeps moving towards the agenda to control humanity like an AI god. 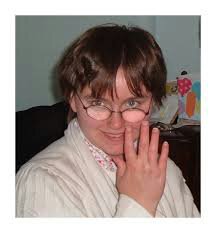 This is my Sarah. I was introduced to her by the Director of Adoption Plus and her guardian ad litem. Sarah was 4 yrs. old and diagnosed with epilepsy, severe and debilitating hyperactivity, severe autism spectrum disorder and subnormal IQ in the unteachable range.

LQQK closely at the UN Agenda 2030 which includes SMART homes. These are homes to be installed with the most up-to-date technology for people identified as having social & communication difficulties. Safe in their homes because their electric, communication tools, refrigerator, vacuum and God knows what else is ‘regulated’ and ‘managed’ by the system that has FAILED them for 80 years.

“Future proves past” Q LQQK closely at he statistic ONE in ONE HUNDRED & SIXTY. While here in America the statistics have risen to. ONE in THIRTY. 1 in 30. Why the difference? Perhaps he countries with ZERO autism have also had ZERO vaccination. Prove me wrong. #FactsMatter

We have lived through and are still in WWIII. This war includes the use of technology and is about technology’s management in a global community. The #Spygate use of #WeThePeople has elevated to the global Q network. We are the news now. As General Flynn has been quoted:

“An army of digital soldiers”

Why do you think the deepstate fears this man so much? He knows.

LQQK closely at this article on WAAD. Are the parents and people defined as being on the autism spectrum going to accept being used as sheep for the cabal? I don’t think so. We are boomers, GenX, the Millenials and GenZ. We are anonymous and we are scientists, theologists and doctors, lawyers and activists. We will not accept the global experts chosen by the cabal to sit in their ivory towers who dole out advice for drug therapies, behavior programs and technology for people who they never meet and which is to be funded by their local communities. We will not accept the WHO determining a mandatory vaccine program. Peer-to-Peer money laundering using the same type of octopus tentacles that brought the people to the pedophiles through Global Church Network ‘GCN’.

Sarah is no longer with us. She had a wonderful life experience. She was recovered from autism; declassified by the Marcus Center in Atlanta, Ga. USA. The therapies provided included ‘BIABH’ unconditional love – a program developed by doctors Bob Jones & Gary Timbers for juvenile delinquents who were so severely damaged CPS could not place them. Sarah was their first child to be placed with a subnormal IQ. Sarah’s therapies included the recommendations of Chief Two Trees a Cherokee medicine man. Then the introduction of the lutein-free diet

Sarah was moved from special education to regular 5th grade at age 11. That year she spoke at the governor’s conference sponsored by Kellogg’s foundation, came in 2nd in the county spelling bee. The next year she was voted by her cheerleading squad to be Homecoming Queen. Sarah graduated from Camphill Rudolph Steiner school in Scotland and attended college in London, England where she hoped to become a social worker. Sarah was engaged to be married at age 22 when she died of sudden death in epilepsy. Epilepsy which began at age 18 months when she was given her MMR DPT series of vaccines.