Autism is now seen as a devastating condition affecting millions of people worldwide, but within the autism spectrum are people who manage to live a fairly normal life, often not even knowing they have the condition.

Asperger Syndrome has often been called the ‘Geek syndrome’ or the Spock syndrome’, because of the intense focus on problem solving, science and mathematics combined with social deficits, obsessive-compulsive behaviors and a tendency to work and study at night, often taking night-shift jobs to avoid the glare of exposure. 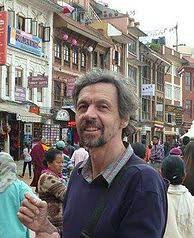 My own story is also remarkably similar to Sandra’s and the millions of other hidden autists that live by ‘pretending to be normal’ while avoiding the social situations that make us so uncomfortable. At school I was often years ahead of my classmates, teaching myself to read before I even started grade school, loved problem solving, music and science, and at age 11 passed the entrance exam to a selective English Grammar school. I started out near the top of the class, but that soon changed as the social challenges of school attendance, behavior and self-presentation caused me to drop out of school life more and more. I began to follow my own path of knowledge, following interests that took me way outside the mainstream of my classmates and family. My unusual thought processes took me into areas of knowledge that set me apart, misinderstood and even ridiculed as much as my unusual behavior, appearance and communication difficulties. Unable to explain what I was going through, yet totally caught up in my inner world of philosophy, dreams and altered perceptions, I took my own path through life, journeying through Europe, into nature, visiting mystical places, and passing many hours in libraries and bookshops in search of deeper truths.

My understanding of autism began when I found information online about the use of special diets for people with depression and mental illness. At that time, gluten intolerance was mostly linked to Celiac Disease, but new research was pointing to a connection with behavior and depressive disorders. After just a few days of following a gluten-gree diet, I began to feel very different. One week into the diet, as I was cycling through my local neighborhood, a remarkable change came over me as if the sun had come out from behind a dark cloud and a great feeling of peace and inner joy as years of tension and struggle fell away. It was as if I had been in a prison cell for so long that I no longer saw the four walls around me until the moment that the door was opened and I could walk out into the light.

1 thought on “Autism is treatable naturally pt.2 – Pretending to be normal”