The television is on in my hospital room and perhaps this is the very reason I am in this hospital room. Stranger things…

I have been away from America, land of my birth, since 1998. My husband and I have worked and volunteered in many countries providing training, program review, individual behavior, education & nutrition recommendations. We don’t own a television. Many places we have been to share information and participate in research projects have been off the beaten path. The people in these remote areas do not have electricity. From Kodai Kanal in Southern India to Camphill Rudolph Steiner in Scotland we participated in the lives of communities learning to live with a new and unusual phenomena. In these areas the invasion of the moden pharmacopia has just scratched the surface. To South Africa traveling to villages so remote they had never seen a white person and they also did not, and do not, have any child or adults meeting the criteria for an autism diagnosis. Malaysia, an explosion of autism spectrum, asthma and co-occuring. A tiny number among the young children in Borneo. In 1999 less than 2 dozen in Dubai, UAE. By 2011 the Emirates is quickly catching up to the statistical prevalence of America. Cambodia appears to have been a target country for delivery of the pharmacopia; willing partner in research aka experimentation. Vietnam, Korea and Japan seems to have an inside lane – the young ‘spectrum’ people are Asperger. The super-genius intuitives.

Psuedoknot: You be you and I’ll be me because this is G.O.D. ‘Generation of Diversity” Science will argue – you can’t see God. A child of God thinks “did you look”? The child says you can’t see hydrogen. And, so it goes.

Believe or do not believe; this truly is your choice and yours alone. I have seen short edits from the entertainment ‘news’ inserted in youtube content, twitter shares and have become familiar (cautiously – loaded word) with a few talking heads: Richard Maddow, Brian Stelter 👈 shout out to Mark Dice for the content. My morning Covfefe. People I have listened to on radio have also channels. A favorite of mine Mark Levine. Having this 2 weeks in hospital I have taken my de’nile medication and watched8 one #FakeNews program per day. I couldn’t get through the intended hour of CNN and purged whatever from memory. MSNBC vile liars with guest Rev. William Barber. Snippets of his rhetoric litters content of citizen journalists like a photo/video of used condoms & human waste would be in an ad for summer vacay spots in Burbank: https://youtu.be/hsORIm6hl0s I enjoyed Maria Baritoma on Sunday. I will add her to preferred youtube channel. Watters World was amusing. Then today I had just turned on the television and heard a person (don’t know its preferred alphabets). Name 2016 “The question of God’s existence and its relation to twitter” https://youtu.be/wTrE2edKKlA Success has its consequences. Either the lighting and camera on MSNBC doubles the size of guests or VH doubled down on intake of comfort foods. I have chose sarcasm as a communication style because sarcasm is the style demonstrated by ALL the MSNBC talking heads and guests. VH chose to critique the President of the United States re: faith. VH knowledge of the ‘splintering evangelist churches’ is Tim Conway explaining the relationship of the elephant and elephant trainer on the Carol Burnett show. It may achieve a level of dank humor in some drag queen impersonation of VH using the dialogue (VH talking to self because the evangelicals aren’t watching MSNBC) where VH refers to the evangelicals as them and they. VH clearly does not identify with Evangelicals. What gives me the authority to write an opinion? Ans: having visited many evangelical churches in Florida as guests annually for Girl Scout Sunday. Each year a different church. Also, while camping at Ginger Cascades, several times a year, with a few to a few hundred girl scouts I have observed the presentations of the little mini-troops called ‘Scout’s Own’. Most prevalent among the bible belt scouts is evangelical. I was a Girl Scout a/o leader for 27 yrs. My adopted daughter told me she wanted to be baptised 4 months after the adoption. Mostly, she had attended the Baptist church and various churches with Girl Scout Sunday. She asked for the Evangelical Methodist and she had NEVER been there before. There are several Methodist churches in this town in NC but, ONLY one Evangelical. For a NON-VERBAL autism spectrum child to gain their voice/speech at age 11 and 4 months later say “I need to be baptised” (not ‘I want to be baptised’) it seemed important. On Sunday we went to the Evangelical Methodist church and at the right time (in a Christian church service where baptism is accepted practice) she went to the alter. The next week she and another child were baptised in Lake James where last of the Mohicans was filmed. Finally, while writing her story and living in South Africa Kwazulu-Natal (the only white family) we were invited to MANY evangelical churches. The President of the South Africa Evangelical Association – Dr. Sibusisu Dgladla a black South African who was on our board of WCAP ‘World Community Autism Program’ that he had NEVER been invited to one of the small village Evangelical churches. I also know the difference between ‘splintering’ -was together and is now breaking apart. The CHRISTIAN churches have unique historical documentation for each of the denominations. The common thread is Jesus as Saviour. Summary: In my opinion the #FakeNews delivering dribble you might get away with but, this is just twilight zone level ridiculous. #Godspeed #Trump2020Landslide #WWG1WGA “It is going to be biblical” Q 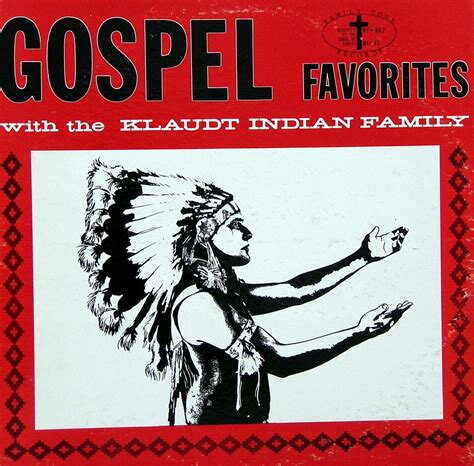