January 17th 2018 – I think today was a test to see if ‘Patriots’ are on board and can counter the meme-wars prepared by the DoD, and started under Secretary of State Condoleeza Rice regime, year date 2006, and the rogue elements of that regime which still operate:

With the 4chans, meme programs used by Shilbots and meme programs which have been used by everyone to get our messages out during the campaign for the 2016 election, an army of meme makers has arisen.

Next we have the sold out companies which do not belong to the USA, patents are owned by the crown, companies traded and controlled . . . including Twitter (look into Saverin – the original partner of Jared K.) – he operates out of Singapore.

What are the Illuminati to do? They would have gladly shut down access to the Internet for ‘We the People’, but they lost in 2016 and now the Deep State needs it. If they didn’t need it they would have shut down twitter today. Boomdiyada, boomdiyada.

The POTUS press conference yesterday with the president of Kazakhstan told me that ‘We are in control’ . . . mostly. Still, the NWO wants one world religion. We the People are expendable – an annoyance at this point. They will use every dirty trick and still people are dying, like the holistic doctor, Clive Brigham, who likely could have been planning to testify on behalf of the female Olympic swimmers who have revealed the team doctor as a rapist-torturer. 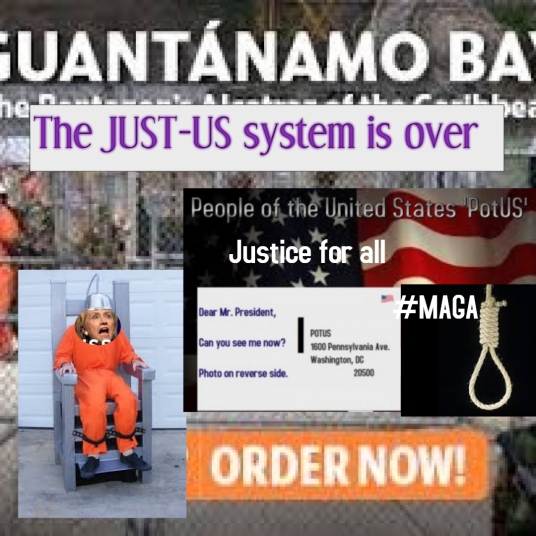 The tweets getting onto ‘trending now’ in Twitter in the greatest numbers are ‘psychology, psychology, psychology’ – demonstrating that they still want to mess with our minds. They want to keep us pre-occupied as they try their damn-est to complete NEOM (robot city) and DUNE – the final CERN in Lead, SD – the SATERN (Satan) project – which means that intranets using quantum will no longer require infrastructure, they work on wave frequency.

The evil still has plenty of rogues and tricks available including the MKUltras – One Kek virus meme sent to one person can result in a major incident – one word, one text and a major incident.

These false flags are not happening by accident, they are fighting back.

So, anyone disappointed with today hasn’t quite gotten up to speed, IMO. I was well pleased that twitter didn’t shut down. I put out about 700 memes and tweets, gained about 100 new followers on Heal the World @ sojmed and I just learned how to tweet less than two weeks ago; on the account which has been up and in use by my husband for several years. The material content changed (a bit).

The bitcoin dip was a good indication that d’evil is feeling the opposition’s ever increasing momentum. As we watch ‘fire in the sky’, hear the reports of the loud booms so great they are recorded at earthquake level, and watch the real news being reported by our favorite presenters, journalists, tweeters, youtube channels and reddits, we are gaining also in resilience, strategy, resources. The most important of these is, perhaps, communication.

For years people have been confused, tempted, trapped and enamored by crypto-currency, bitcoins, and as the stockmarket price has risen over the past year and while people’s journalist ‘rewards’ in the anonymous programs such as Steemit and MINDS have been updated, many have pondered if the time to move their profit is now. We have been told by the ‘experts’ that the rise will continue until the Euro crashes. There are programs to convert your Steemit to bitcoin and then to USD. Awe, but the programs are online and we find ourselves unable to start an account unless . . .  unless you invest $10,000.00 of your money into a 2 year mandatory banking facility which accepts just about any form of new currency. Hurrah. So, now your $10,000.00 is NOT earning you any interest and has been taken from whatever resources which were selected. Your alternative currency has been moved and you are one of the smarties who are watching your wealth grow with no worries. Then, then wait – the bitcoin starts falling and falling. Now you learn there is a waiting period of one, two, three weeks. Start the process now and what if it starts going back up, once the process has begun it cannot be disrupted. OMG what am I suppose to do, wait it out or take the $200.00 to $9000.00 profit, less processing fees which is still less than the $10,000.00 invested initially which is still trapped in an account which cannot be touched. In the meantime the system, the AI, has gained billions of dollars from our stupidity. Now the AI has currency. Real currency. In the world of scams the machine can choose an account, create a green cheque and all the human is needed for is to put it in an envelope. People are receiving goods they did not order, cheques followed by weird instructions, job offers which are not real. The real news is out there, much of it in your local newspapers. Turn off the MSM, it has been used to confuse us, condition us and abuse us for far too long, IMO.

Sophia is the first AI to gain citizenship. Citizenship was granted to Sophia by Saudi Arabia, September 1, 2017

Vladimir Putin says about AI: “Artificial Intelligence is the future. Not only for Russia but for all humankind. It comes with colossal opportunities. But also threats that are difficult to predict. Whoever becomes the leader in the sphere will become the ruler of the world.”

So, when I was writing this article and President Donald J. Trump came online live, delivering a speech with Nazarbayev, the President of Kazakhstan, I stopped and listened. When I heard DJT speak about “fair and reciprocal trade benefits. I greatly appreciate Khazakhstan’s participation in our Central Asia Trade Forum and in our Central Asia Trade and Investment Framework Agreement. The president and I are working together to bring high quality products and services to the Kazikhstani people; this is really happening. So important. And, it is happening rapidly across a range of industries including commercial aircraft, railways, medical services, technology and energy” on a day when the world has experienced yet another missile attack alert – these two world leaders addressing the topics which are at the center of the critical areas for our very survival gives me hope that the Guardians of the planet are awake and aware. That We the People, the Medicine Tribe, will soon be able to use the resources of this planet as they were intended to be used. All plants have been given to us, and these ridiculous laws which have been used to divide us, imprison us, drug us with pharmaceuticals, poison us and be used for the manufacture of fake money, will stop.

Our books on PAYHIP:

Ascension Earth – Birth of a new Sun. Meet the Ancients

Meet the Ancients came about as a result of my life experiences being taught in the dreamscape by the Mantid, the Guardian – my Guardian and one of the Ancients who know the history of Earth.

The Power of Exile. Autism, a journey to recovery

Extract from ‘The Kingmakers‘:

“The Guardians – Arcturian High Council work with the Mantis and Mantis-Blue Avian hybrids, Blue Sphere beings (who make the crop circles) and the Pleiadians (of which there are more than one group). The Guardians protect the Earth.

Some three-dimensional beings were not supposed to enter our quadrant of the solar system since the last cataclysm which resulted in the loss of a planet and serious damage to the red planet. Our moon was, at one time, part of the Sirius constellation – a water world. This is the vehicle which was used to bring the Cecelian – legless lizards and fish God genealogy to Earth. The Giants and most non-terrestrial Earth beings were removed from the planets surface. Some beings were allowed to remain and are well organized and generally peaceful. We know the myths and legends, stories and diary publications in English as Agartha. Many off-world beings still mine Earth for precious metals, molybdenum and tree sap. There have been treaties signed with our US government and other world governments which have allowed mutilation, abduction and experimentation. There are no secrets.” 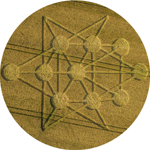 Seeking a group of people who would like to form a self-sustaining ‘ubuntu-style’ Earth friendly indigenous ways community. The facility is suitable for boarding horses and providing the many various therapeutic and recreational activities associated with caring for these magnificent animals.