A 2007 picture of Vanity Fair editor Graydon Carter hugging Jeffrey Epstein’s “recruiter” Ghislaine Maxwell. Carter removed pedo allegations from a 2002 Epstein profile in his magazine. Standing next to them is Harvey Weinstein. 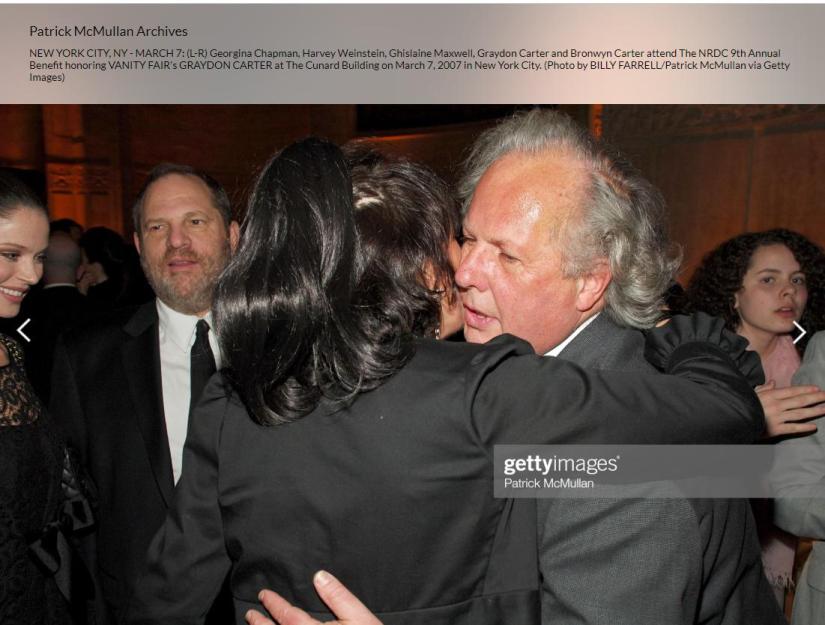 I wonder what these two talked about all night…”Charlie Rose and Ghislaine Maxwell attend EARTH AWARDS Gala at The Four Seasons on January 12, 2009 in New York City.”